Your Business is Our Mission–Work With a Dedicated Digital Marketing Partner.
WebRocket is a leading Los Angeles SEO & digital marketing agency where experienced SEO and lead generation experts give their ultimate concentration to creating better engagement and maximizing website conversions.

A Los Angeles SEO & digital marketing partner For your Business

When it comes to choosing a Los Angeles SEO & digital marketing partner, you want to choose a company you can trust – someone who will remove barriers and produce results so you can focus on growing your business. When working with us, we promise you will:

Work with experienced experts who know how to deliver digital marketing results for for your industry.

Work with the best customers, get the best jobs, and best results you’ve ever seen in your business.

Working with you to ensure you become the #1 business in your community.

With a combination of strategy, results, and service we’ll create the best experience possible.

Get a FREE assessment on how your website is performing by understanding the intricacies of Google ranking.

How Local SEO Increases The Power of your digital presence

Local search engine optimization (SEO), is a strategy that is handcrafted for local home service businesses looking to increase their visibility in search engines, reach more customers, and of course — earn revenue.

Local SEO is great for companies that want exposure specifically in their geographic area. This works extremely well for a multi-location business that wants exposure locally for each of their sites.

WebRocket Digital is one of the top Los Angeles SEO service providers for professional home services businesses.  We have built marvelous digital experiences and provided them with our professional SEO services in Los Angeles. Our team of skillful and highly dedicated SEO experts, digital marketers, and content creators can make sure that your website appears on all the relevant searches. 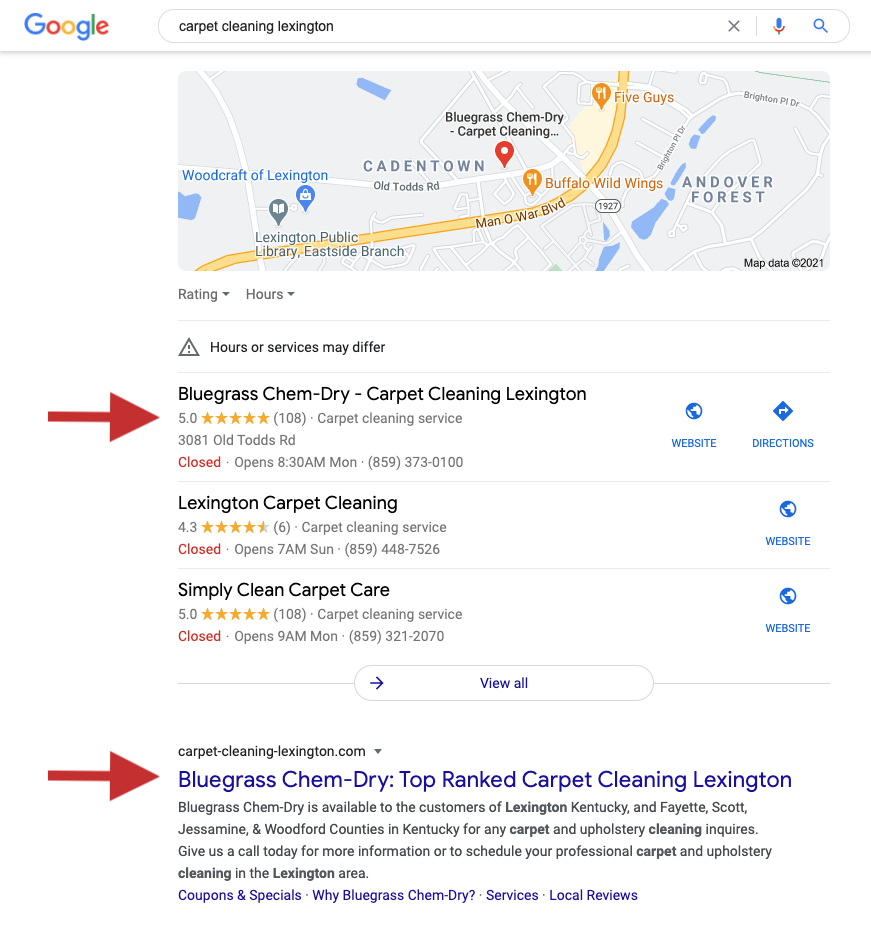 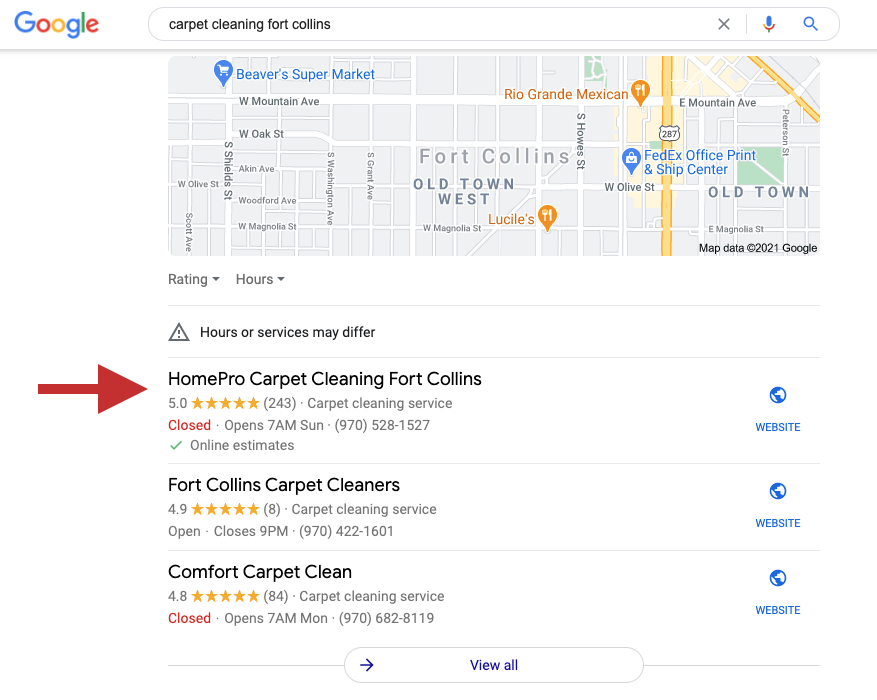 How Local SEO Increases The Power of your digital presence

We’re different from a traditional SEO & digital marketing agencies. We empower. We guide. We teach. And, most importantly, we work alongside you to deploy a comprehensive digital marketing strategy that will work for you beyond the work you are doing with us. 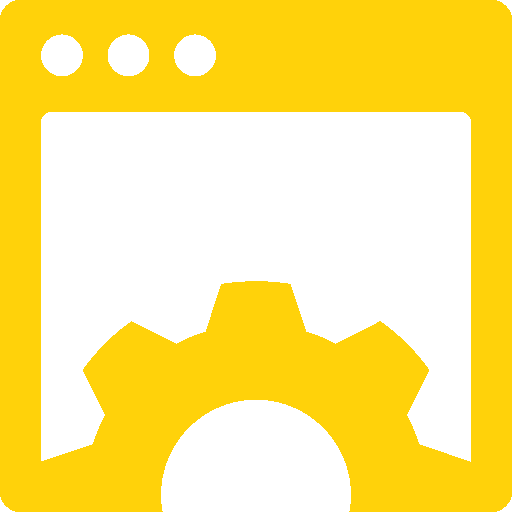 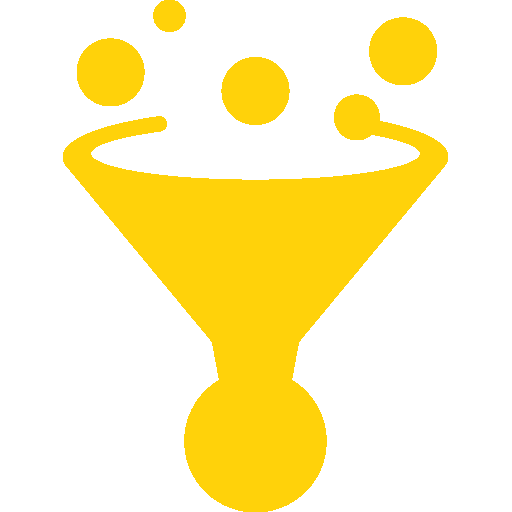 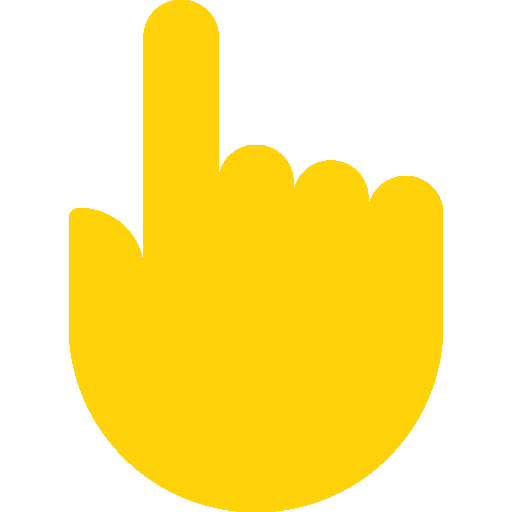 Our Clients Are The Center of Our Universe

MORE TESTIMONIALS
 5/5
"Our business has grown leaps and bounds thanks to the WebRocket team! They've helped us bring in more qualified leads through paid traffic and SEO. I highly recommend them!"
Tim Dodaro - President, A OK Chem-Dry - Chicago, Illinois

The perfect SEO is a test of your patience. There’s no secret sauce to how you are going to get ranked, other than consistent hard work and efforts performed by SEO marketing specialists.

GET A CUSTOM MARKETING STRATEGY FOR YOUR BUSINESS

Here’s how it works. First we’ll review your business, spy on your competitors, analyze your target market, your sales processes and your goals with you. Then, based on what you tell us, we’ll develop a custom digital marketing plan specifically for you…free.

GET A FREE 30-MINUTE STRATEGY SESSION

What is digital marketing?

Would my business benefit from digital marketing?

Definitely. Though companies in many business categories continue to approach digital marketing with skepticism, avoiding digital marketing denies your business access to the media the majority of consumers turn to first and at all hours of the day.

Search engine optimization (SEO) is the process of using onsite and offsite tactics to help get content presented by a search engine. Done well, the practice increases the quantity and quality of your traffic.

Why is SEO important?

The majority of web traffic is generated by search and those that come by way of search have a greater degree of commercial intent than most other channels.

What is local SEO?

Local SEO is the process of optimizing your online properties to generate traffic from location-based searches. It helps businesses promote products and services to local customers when they need them.

PPC stands for pay-per-click. Essentially, it’s a way of buying web traffic. Advertisers pay a fee each time one of their ads is clicked. Search engine advertising is the most popular form of PPC, however numerous channels including Facebook now offer PPC ad models.

How long does it take to see results?

Paid digital marketing programs should create results immediately. On the other hand, programs such as content marketing, email list building, and search engine optimization require persistence and patience. You might see some results in a matter of months; however, it’s likely to be six months to a year before you realize some of your traffic and conversion objectives.

Am I locked into a contract for your services?

The majority of web traffic is generated by search and those that come by way of search have a greater degree of commercial intent than most other channels.

The city's Hollywood neighborhood has become recognized as the center of the motion picture industry and the Los Angeles area is also associated as being the center of the television industry. The city is home to the major film studios as well as major record labels. Los Angeles plays host to the annual Academy Awards, the Primetime Emmy Awards, the Grammy Awards as well as many other entertainment industry awards shows. Los Angeles is the site of the USC School of Cinematic Arts, the oldest film school in the United States.[147]

The Dolby Theatre, venue for the Academy Awards
The performing arts play a major role in Los Angeles's cultural identity. According to the USC Stevens Institute for Innovation, "there are more than 1,100 annual theatrical productions and 21 openings every week."[146] The Los Angeles Music Center is "one of the three largest performing arts centers in the nation", with more than 1.3 million visitors per year.[148] The Walt Disney Concert Hall, centerpiece of the Music Center, is home to the prestigious Los Angeles Philharmonic. Notable organizations such as Center Theatre Group, the Los Angeles Master Chorale, and the Los Angeles Opera are also resident companies of the Music Center. Talent is locally cultivated at premier institutions such as the Colburn School and the USC Thornton School of Music.

There are 841 museums and art galleries in Los Angeles County,[149] more museums per capita than any other city in the U.S.[149] Some of the notable museums are the Los Angeles County Museum of Art (the largest art museum in the Western United States[150]), the Getty Center (part of the J. Paul Getty Trust, the world's wealthiest art institution[151]), the Petersen Automotive Museum, the Huntington Library, the Natural History Museum, the Battleship Iowa, and the Museum of Contemporary Art. A significant number of art galleries are on Gallery Row, and tens of thousands attend the monthly Downtown Art Walk there.[152]

The Los Angeles metro area is the second-largest broadcast designated market area in the U.S. (after New York) with 5,431,140 homes (4.956% of the U.S.), which is served by a wide variety of local AM and FM radio and television stations. Los Angeles and New York City are the only two media markets to have seven VHF allocations assigned to them.[178]

Other notable sports teams include the UCLA Bruins and the USC Trojans in the National Collegiate Athletic Association (NCAA), both of which are Division I teams in the Pac-12 Conference.

Dodger Stadium
Los Angeles is the second-largest city in the United States but hosted no NFL team between 1995 and 2015. At one time, the Los Angeles area hosted two NFL teams: the Rams and the Raiders. Both left the city in 1995, with the Rams moving to St. Louis, and the Raiders moving back to their original home of Oakland. After 21 seasons in St. Louis, on January 12, 2016, the NFL announced the Rams would be moving back to Los Angeles for the 2016 NFL season with its home games played at the Los Angeles Memorial Coliseum for four seasons.[153][154][155] Prior to 1995, the Rams played their home games in the Coliseum from 1946 to 1979 which made them the first professional sports team to play in Los Angeles, and then moved to Anaheim Stadium from 1980 until 1994. The San Diego Chargers announced on January 12, 2017 that they would also relocate back to Los Angeles (the first since its inaugural season in 1960) and become the Los Angeles Chargers beginning in the 2017 NFL season and played at Dignity Health Sports Park in Carson, California for three seasons. The Rams and the Chargers would soon moved to the newly-built SoFi Stadium, located in nearby Inglewood during the 2020 season.

7 NFL Super Bowls were also held in the city and its surrounding areas- 2 at the Memorial Coliseum (the first Super Bowl, I and VII) and 5 at the Rose Bowl in suburban Pasadena (XI, XIV, XVII, XXI, and XXVII), 10 miles north of downtown Los Angeles. Super Bowl LVI will be held at SoFi Stadium in Inglewood in 2022. The Rose Bowl is also host to an annual and highly prestigious NCAA college football game called the Rose Bowl, which happens every New Year's Day.

Los Angeles also hosted 8 FIFA World Cup soccer games at the Rose Bowl in 1994, including the final, where Brazil won. The Rose Bowl also hosted 4 matches in the 1999 FIFA Women's World Cup, including the final, where the United States won against China on penalty kicks. This was the game where Brandi Chastain took her shirt off after she scored the tournament-winning penalty kick, creating an iconic image.

Los Angeles is one of six North American cities to have won championships in all five of its major leagues (MLB, NFL, NHL, NBA and MLS), having completed the feat with the Kings' 2012 Stanley Cup title.

Let's Work On A Project Together

WebRocket Digital is your digital marketing partner helping drive traffic to your website, convert visitors into paying customers and deliver real results for your business to grow.

GET YOUR FREE LOCAL SEO REPORT